Although the Riot game balance team is extremely strong, there are still 3 generals that are not touched at all.

It can be said that the game balancing team with up to “200 years of experience” of Riot Games still works a lot, although the efficiency is not much. Makes many generals as absurdly powerful as Aphelios, Ornn or Soraka, while some are weakly pathetic like Udyr, Annie or Neeko. But in the past 1 year, there have been 3 generals who have not been touched by Riot Games at all, never gained or decreased a bit of strength.

Many people think that Vladimir has not been edited for many years because this is already a very balanced general. But there are also people who think that in a meta where gladiators and resurrection take the throne, a magician like Vladimir also needs a few changes to be selected more. In addition, Vladimir is one of the generals who rely heavily on his ability to suck blood – something easily countered by the Butcher Sword that costs 800 gold in the hands of top fighters.

However, at the end of the game, Vladimir was so strong that he could easily make the gunner and main magician color easily, then retreat or buy time with W and Hourglass, so this general There are a few weaknesses that should be understandable. 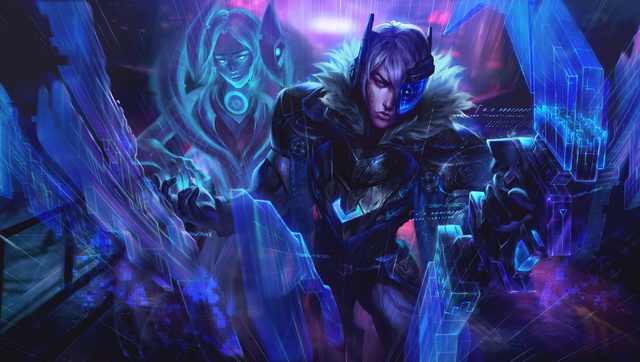 It can be said that Quinn’s strength is the ability to override melee champions as well as roam quickly with his ultimate. However, in the current meta, top melee champions can “torture” Quinn. For example, Ornn, Malphite, Shen or Mordekaiser just need to be fully resistant, Quinn can not do much.

Out of the three champions, Olaf is the most balanced name and probably doesn’t need any further adjustments. Because in the forest, Olaf is a pretty safe general, clearing single or multi-target monsters is good, ganking can be slowed continuously with Launch Ax (Q), can choose between the game of grass bug and invading mausoleum. In particular, the late game can chase the target to the end of Ragnarok.

Many players after seeing these forgotten generals have said that Riot Games is too focused on new generals that forgetting old ones also needs to be edited. They hope that Riot Games can balance or even remake champions that are no longer many players.