Currently, Shark Dash has been released by Gameloft for PC running Windows 10.

Shark Dash belongs to the category of puzzle games. This game has received a lot of appreciation from users of mobile devices such as Android and Windows Phone thanks to attractive graphics and very interesting puzzles.

Shark Dash is based on a story about a shark named Sharkee who lives happily with his shark friends. Suddenly, one day, a rubber duck then two, three… and dozens of ducks appeared, disturbing the peace of Sharkee and friends. Since then, the shark no longer has a good time playing with you.

Sharkee was also annoyed because the ducks also dirty the water in the tub and made extremely uncomfortable squeals. The two animals are increasingly confronting each other, and until the rubber duck kidnapped Sally – Sharkee girlfriend, he could not continue to patiently. Sharkee along with the shark community decided to rise and regain territory that belongs to them.

Shark Dash – as its name implies: The rise of the shark. The whole game revolves around the story of whales and a flock of mischievous rubber ducks. Although the plot is quite simple, but with a funny character design style quite similar to the famous Disneyland cartoon characters, you certainly will not be able to ignore Shark Dash. 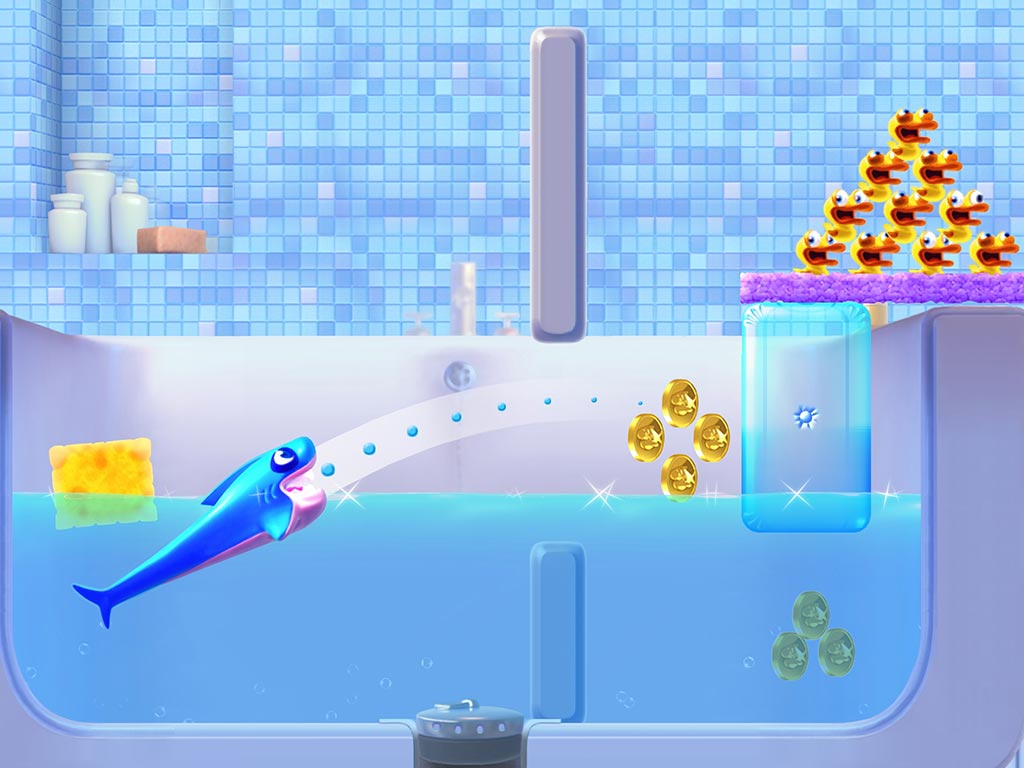 Highlights of the game Shark Dash